About us
Aquarius Pictures was founded by Stepan Etrych in 2007 – the same year when the first short movie The Rose Hip Earrings was produced. The film was shot in just two days in a countryside near Prague, Czech Republic. Only three people formed the Aquarius Pictures for this short – two actors and a director who stood in for all the other filmmaking roles. Despite the very small team, we checked out we were able to transform ideas we got into a film.

Our movies have been selected to festivals from America to Asia.

We have produced 14 short film till now – they have been selected to more than 180 film festivals in 35 countries of 5 continents. For example, in USA, Canada, Argentina, Mexico, Greece, Spain or France, but also in Australia, Ghana, New Zealand or Bangladesh. Concerning the official selections, our best film is the comedy Bubbles Don’t Lie with more than 70 festivals and 15 awards.

We have entered six times the largest world festival in making a film in a limited time – the 48 Hour Film Project. In 20017, our musical Bitches & Assholes won four awards including the Audience Award at that festival held in Brno. At the Bratislava 48, we won also an Audience Award and Best Directing for The Last of the Watermen in Czechoslovakia (2014), and two years later a Best Sound Award for We’ve Got Company comedy. Driving School won an Audience Award in Prague 48 Hour Film Project 2014.

In the past years, we focus on shooting film with an iPhone. Till now, we have made four short iPhone films: Redemption was the first one, then our festivals favorite Bubbles Don’t Lie. And our last two “48 hour films” We’ve Got Company and Bitches & Assholes we also shot on a smartphone. 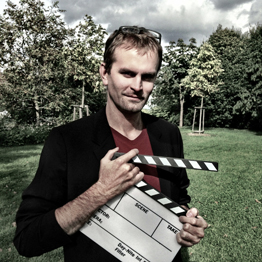 Loves the film since childhood: the breaking point for him was the day his father took him to the movie theater to see the original King Kong masterpiece. Completed his journalism studies on Prague Charles University, some years worked as a movie critic in DVD Movie or Video Home Cinema magazines, as well as 24 HOURS daily. In 2007, he interviewed later Oscar winners Natalie Portman and Javier Bardem and also made his big dream to come true: he shot his first own movie. 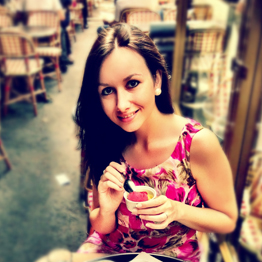 Lover of people, shooting activity and good ideas - she found all of this in the world of cinema. The crucial moment for her was the day she saw Woody Allen's movie for the fisrt time. She can watch his films all over again, as well as The Simpsons series. She met its brilliant screenwriters in 2008 at the Prague Film University FAMU. Completed her journalism and media studies on Prague Charles University, worked in a radio and now in a TV. She speaks French, English and German - anyway, she speaks all the time.

Enthusiasm
We love movies and make them with enthusiasm.  We believe working with love is necessary for best results.
Creativity
We are creative  and always try to develop the ideas in a new way. Each idea is interesting and worth considering.
Detail
The devil is in the detail. We don’t underestimate any triffle, because the final work is the sum of them.
Universality
We produce the movies in the full range – from the first idea to the complete postproduction.
This website uses cookies to improve your experience. By browsing this website you accept that. ACCEPT
Privacy & Cookies Policy