The Futurist
How to never pick up a girl

How to never pick up a girl

John Oracular is quite a talent: he can see the near future so he knows he will embrace his beloved girl Jane soon. We shot this short for the Prague 48 Hour Film Project 2013, October 4-6. The character of John Oracular, the futurist, the prop “potato” and the line “Wake up the Phoenix inside you” were required to place in the story. Each team also draw the genre – it was a comedy for us. At the festival screening in Prague movie theatre Lucerna, the movie received Runner-Up Audience Award.

The competition started the same way as in 2012 – in a bar. This time, the official kick-off took place in a Belushi’s Bar near Karlovo namesti in Praha. At the beginning, we draw a genre – comedy made us very happy. Later, we was told the character of John Oracular, the futurist, the prop “potato” and the line “Wake up the Phoenix inside you” must appear in the movie. Whilst in 2012 the elements was sent by international producers, this year the line was a slogan of one of the sponsors.

Knowing the task, we hit the road home, with the box of a beer the organizers gave each team. The Aquarius Pictures one comprised seven people. Once we got home, we started to develop the story. This job finished by the midnight and this time, all crew members slept at least some hours. The director felt asleep at 3:00 AM.

The team got together again at 8:00 AM and the shooting started. Even though the weather was great, we shot the main part of the movie inside. The first came the middle part of the movie, when John Oracular comes with the bunch of roses to the flat of his beloved Jane – the reason we started with this scene was Martin Mudr, who performed Jane’s boyfriend, had to leave us after 1:30 PM as he commented a radio transmission of a football match at Zizkov stadium.

While one part of the crew cleaned up the corridor after the “War of roses”, the other one took to the shopping mall Arkady to buy another bunch of roses and white underpants (well, a little bit hard-to-get). After a quick lunch we went outside to shoot the final part of the movie: John with his bloody face philosophizing about women, and the flashbacks of his ex-beloved girls. We came back around 5:00 PM and till 8:30 PM we were shooting the opening, “underpants” scene. And  by that time, the last shot was done.

After a short break for a dinner, Stepan started to edit the movie and a rough cut was finished around 4 AM. After that, the sound design took part, including the lip sync of the recorded audio. At 8 AM, the whole team gathered again. We reviewed the rough cut and decided to cut away some shots. While the postproduction work continued by editing out those shots and color correcting the image, Vasek Jindrich started to direct the recording of the inner voice of the main character.

At 1:30 PM, only the music track was missing. The first version of the complete movie was rendered at 4:06 PM, so we had enough time to make some small adjustments. At 6:25 PM, two DVDs were ready to deliver to the drop-off point. We came to the Belushi’s bar in no hurry at 6:56 PM (34 minutes before the deadline) and delivered the movie as one the first teams. 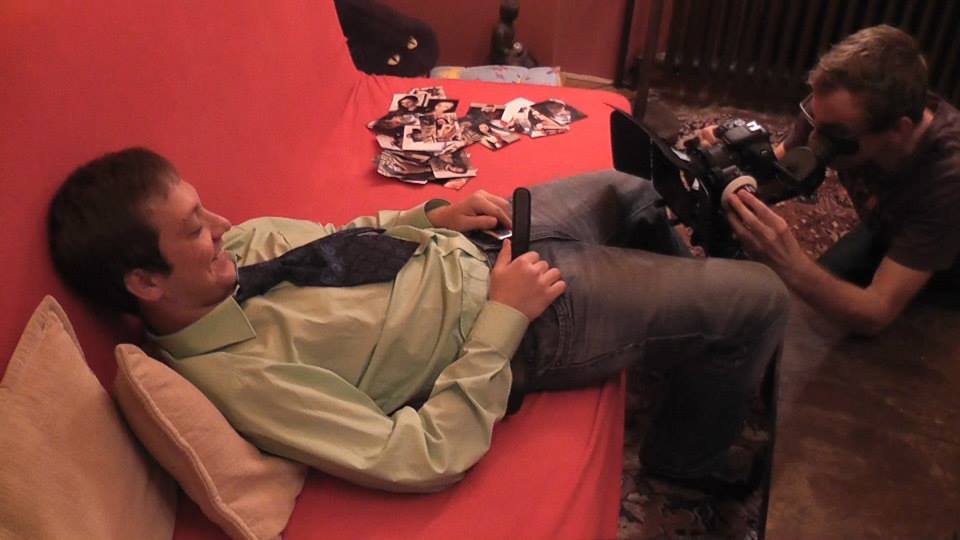