Oscar Prygl is a pizza boy. His girlfriend break ups with him in the middle of a city street. But very soon, Oscar falls in love again with a new girl he is delivering a pizza to. The short musical Bitches & Assholes was shot entirely on an iPhone for the 48 Hour Film Project film festival in Brno, 2017. The film won Audience Award and Best Use of Dialogue at that festival, and also was was awarded the 2nd Runner Up at Best Film category na received a Honorable Mention for Best Song.

from the idea to the screen

We have never experienced a shooting like this one – so many things broke up at once we felt like Terry Gilliam in his unsuccesful shooting of A Man Killed Don Quixote in 2000. For the 6th time, we entered the 48 Hour Film Project. And this time, it was an adventure till the very end. The only difference between us and Gilliam is: we made it!

We were shooting in Prague, Czech Republic, while the festival was held in Brno, 200 kilometers from us. So a friend helped us at the kick-off, drawing the family film genre with the required elements: a messenger Oscar Prygl, a prop “key” and a dialogue “There’s more philosophy in a bottle of wine than in all the books.” With two excellent singers in our team, Lukas Jindra and his wife Katerina, we decided to do a musical: so we had to write the story into songs.

We started creating the story at around 7:30 PM and we had two songs with lyrics written at midnight. The next plan was as follows: the director Stepan Etrych, also a musician, will record the songs during the night. In the morning, Katka and Lukas will record the singing and then we will go to shot the movie.

But plan is one thing… Since the guitar recording started, we had one technical problem following the other. First of all, the program for recording music to the computer stopped working, so we took a 3 hours delay. In the morning, there was a problem in connecting the mic to the computer. When we figured out an alternate way, the mic itself stopped working. So we had to go out and buy another one, but the delay was huge. We shot the first shot of the movie at 4:30 PM, four hours later than planned.

Another problem was very short crew, it was reduced right before the 48 hours coundown started due to the health problems of some of the crew members . Most of the film was shot with only four people: two actors and two crew guys – director Stepan Etrych and his assistant Jan Petrak. But the shooting was OK, with no more technical issues. Working the whole night at the postproduction, the 90 percent of the movie was edited at 10 AM, Sunday, missing only the opening and ending scenes to be shot.

Done that, technical problems surfaced again. This time, the computer slowed down very significantly comparing to the smooth editing during the night and morning. Finally we finished the whole thing, uploaded it to the cloud for our friend in Brno, who downloaded the file and delivered it at 7:21 PM – 9 minutes before the deadline.

The movie had a great succes at it’s premiere screening, winning the Audience Award. We were very pleased: we noticed one guy coming out of the toiled and singing the verse of the first song 😀

We won four award at that festival. Audience Award plus Best Use of Dialogue, Best Film: 2nd Runner Up and Honorable Mention for the Best Song. The film was also nominated for Best Directing, Screenplay and Music. 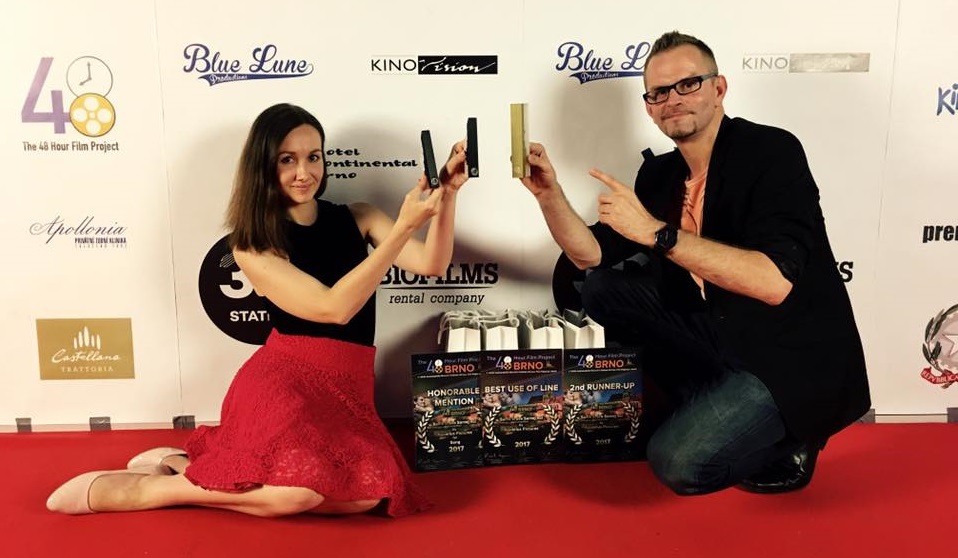 The red carpet at the 48 Hour Film Project in Brno. We won four awards and three nominations. 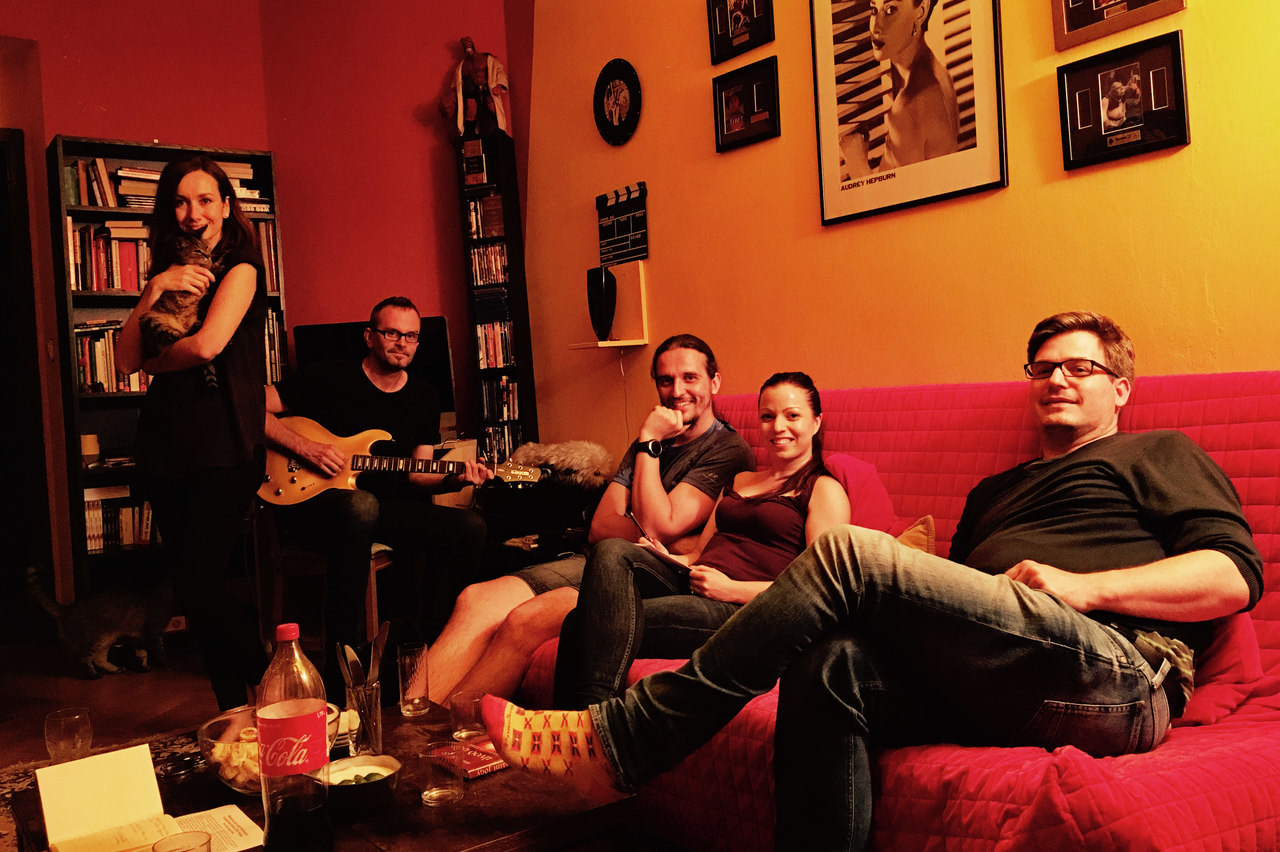 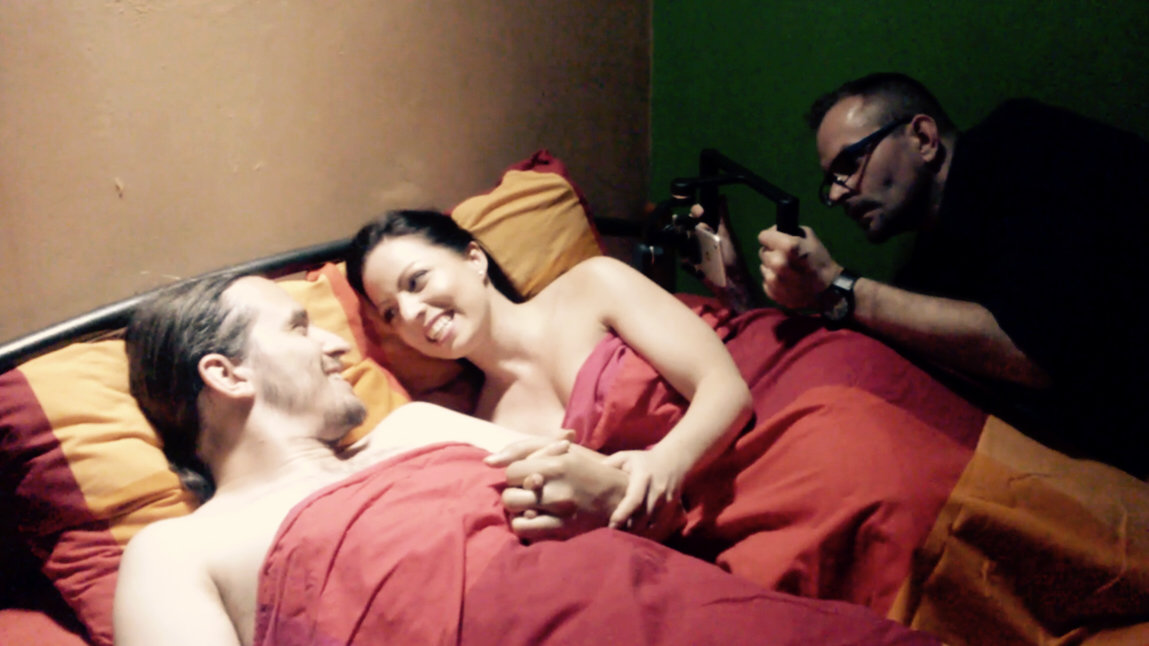